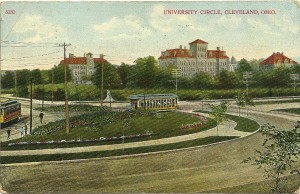 University Circle: Creating a Sense of Place the documentary that Nina Gibans and Jesse Epstein have been working on for more than 3 years is a legacy film on the history, public art and architecture of University Circle and will be completed by the end of this year. Dozens of people have been eager participants or resources for the film no one has said no. Many area institutions contributed to it – such as the use of music from the Cleveland Institute of Music.

The film does what it was intended to do and captures what has never been organized and put in a form that could be used and would be attractive and useful to the natural audiences: 13,000 High School and college students who study in the area, 37,000 institutional employees and 3,000,000 visitors annually. Nowhere can they learn who owned the land, designed the landscape, set the cultural scale and scope, commissioned the architecture or created the public artwork. There are, in addition to dozens of buildings designed by iconic architects and more than 50 works of public art. 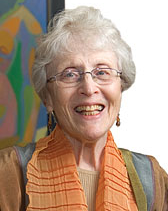 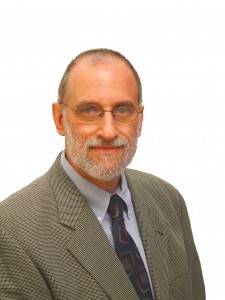 Project Director and Executive Producer Nina Freedlander Gibans and Videographer and Director Jesse Epstein have involved some 80 participants in telling the stories pertinent to understanding this unique area: Hunter Morrison, former planning director for the City of Cleveland, now Executive Director, North East Ohio Sustainable Communities Coalition, helped from the beginning to craft the narrative, and implement the idea. He and Dee Perry, Senior Host/Producer WCPN/WVIZ ideastream have narrated the 80 minute film.

Gainor B. Davis, President and CEO of the Western Reserve Historical Society told me that of the current Museum Directors, at five years she has been here the longest. This only begins to tell why this film has importance. At a Baker-Nord (CWRU) presentation in April, the room was packed as we shared “clips” from the film. Another presentation at Lakeside Chautauqua generated good insight from about 100 people. We used these sessions as focus groups. People have come forth with minor corrections, stories and ideas for marketing it. “All visitors, every incoming staff and/or student needs it” summarizes their communications.

The products include: the film, first shown on WVIZ, and available as a DVD and in downloadable formats, 18 hours of taped archival material that will be available for research and housed at Cleveland State’s Public History and Digital Humanities Institute, Teachable Moments (for schools, institutional and community use),Two Walking Tours with commentary by the architects, a Bibliography, Links and Marketing Plan. We also did three special interviews with Peter B. Lewis, Robert Gries, and John Nottingham to get their extended stories of their relationship to the Circle.

We have been working with a bare-bones budget of $67,000; Most of this is to pay for collection of archives from private sources and all public libraries in the city, preparation, writing and editing. The original funding of $17,500 came from the Ohio Humanities Council and more than 50 people have supported it with gifts of $1.00 to $5,000.